Xiaomi is hosting a 10th anniversary launch event on August 11, wherein it will launch the most premium model of the Mi 10 series. This was largely reported to be called the Mi 10 Pro Plus, but now co-founder Lei Jun has confirmed that this device will be called the Mi 10 Ultra in the global market. Running up to the rumoured launch, the Mi 10 Ultra cases were also leaked online, along with detailed banner images. These images show that the Mi 10 Ultra may come in a transparent back cover option as well. Additionally, the phone is tipped to pack up to 16GB of RAM and offer 120x zoom.

Jun has taken to Weibo to confirm that the global name of the upcoming Mi 10 series phone will be the Mi 10 Ultra. He says that the China variant will be called the Mi 10 Supreme Commemorative Edition to commemorate that 10 years of Xiaomi business. He shared the China retail box image for the device and it has the Xiaomi 10th anniversary logo on top of it. 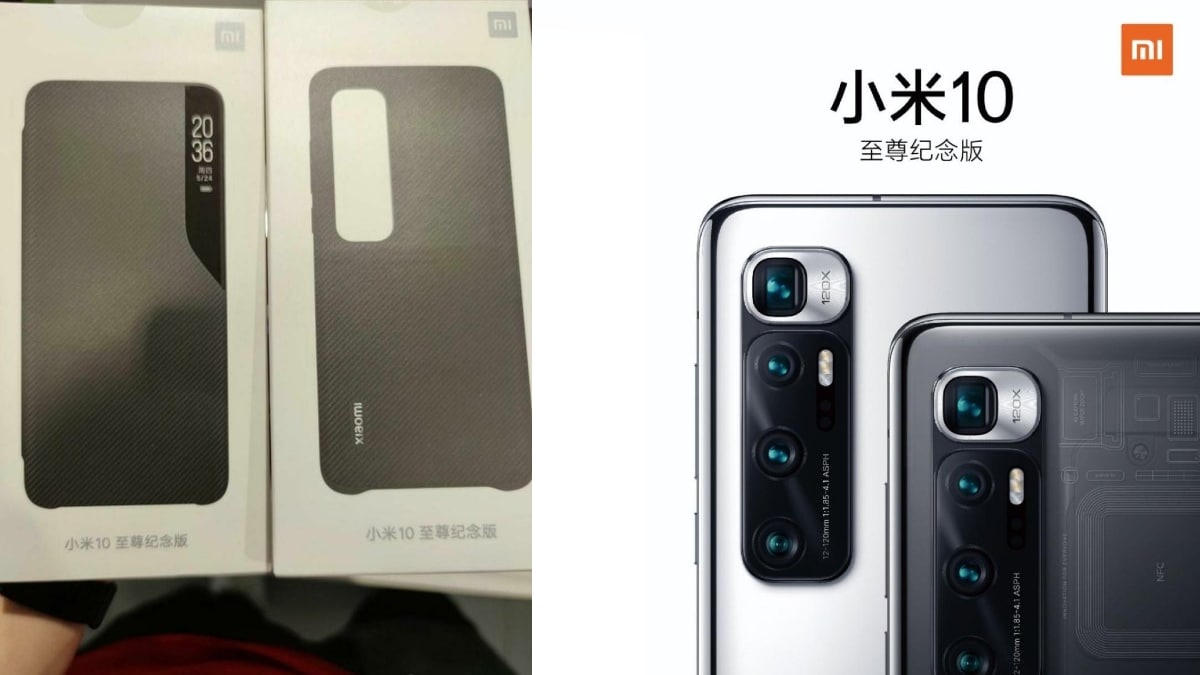 Tipster Bhuvnesh Bagri has leaked official cases of the Mi 10 Ultra. It reveals that the device will have an elongated capsule-shaped rear camera module placed on the top left portion of the back panel. The flip cover up front has a small notification panel that displays the time and date.

Furthermore, the tipster has also leaked posters of the Mi 10 Ultra online, showing the device in the transparent finish. The device is also seen in a white finish that may be the ceramic model. The rear camera setup is also seen in these posters and it shows quad cameras placed one below the other. There is a main periscope sensor up top that is listed to offer 120x zoom. Previous leaks suggest that the device will be powered by the Snapdragon 865 SoC and come with high refresh rate. All details should be revealed at the launch event next week.

Why do Indians love Xiaomi TVs so much? We discussed this on Orbital, our weekly technology podcast, which you can subscribe to via Apple Podcasts, Google Podcasts, or RSS, download the episode, or just hit the play button below.