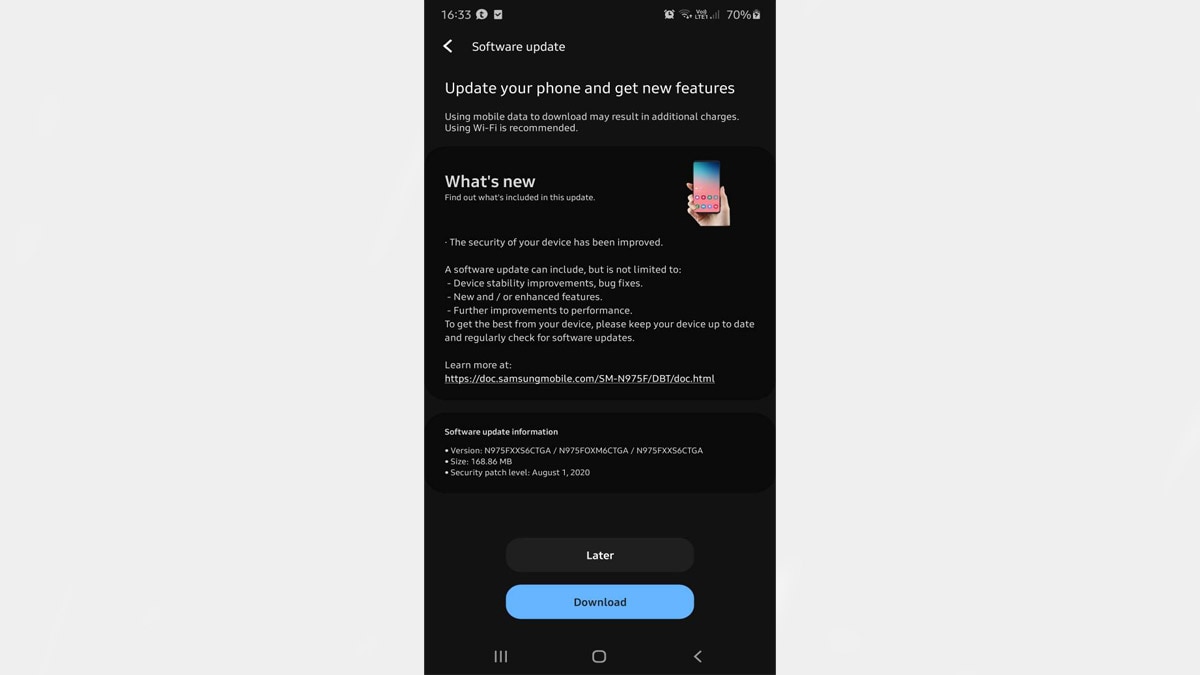 If you are a Samsung Galaxy Note 10 or a Galaxy Note 10+ user, you will get a notification for this over-the-air update that is about 169MB in size. You can also make the smartphone look for the software update manually by going to Settings > Software Update > Download and Install.

Is Redmi Note 9 the perfect successor to Redmi Note 8? We discussed this on Orbital, our weekly technology podcast, which you can subscribe to via Apple Podcasts, Google Podcasts, or RSS, download the episode, or just hit the play button below.