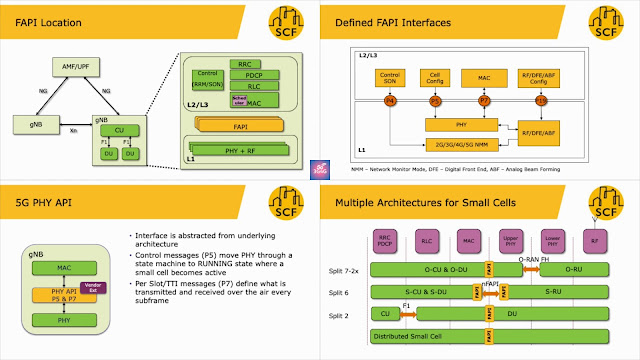 The Small Cell Forum (SCF) announced the publication of documents focused on stimulating a competitive ecosystem for vendors of 5G-era small cell hardware, software and equipment. The expanded set of specifications contained in these documents are:

According to the press release: 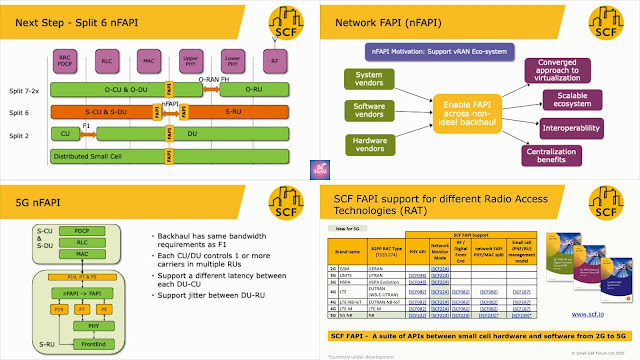 According to Dr. Prabhakar Chitrapu, Chair of SCF, “FAPI helps Equipment Vendors to mix PHY & MAC Software from different suppliers via this open FAPI interface. So, FAPI is an ‘internal’ interface.”
“5G-nFAPI (network FAPI) is a ‘network’ interface and is between a Distributed Unit and Centralised Unit  of a Split RAN/Small Cell network solution. An open specification of this interface (nFAPI) will help network architects by allowing them to mix distributed and central units from different vendors.”