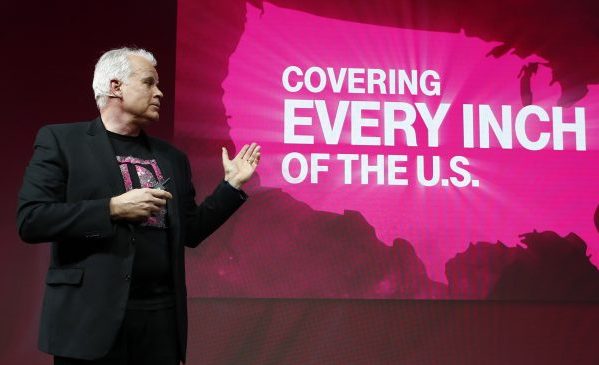 Neville Ray, T-Mobile US president of technology (pictured), laid out plans to deploy 2.5GHz spectrum on up to 30,000 macro sites over the next two years, as it aims to rapidly expand 5G service and transition Sprint customers to its network.

During an investor conference, Ray said the 2.5GHz rollout is the first step in a three-phase integration programme to combine T-Mobile and Sprint’s network assets.

As T-Mobile adds spectrum and capacity to existing sites to handle additional traffic, Ray said it will be able to begin migrating Sprint customers. Once the shift is made, T-Mobile can begin decomissioning redundant Sprint sites.

T-Mobile aims to add 2.5GHz to between 25,000 and 30,000 of its existing 65,000 macro sites over the next 18 to 24 months, which Ray said will be enough to serve “the lion’s share of the US population, the major metro areas where we really want our 5G experience and presence to be felt”.

While it will take time to complete the network transition, CEO Mike Sievert said T-Mobile would conclude the shift away from Sprint-branded services much sooner.

He noted its business unit is already using a unified strategy to engage with enterprise and public sector customers, adding plans are in place to present a “unified value proposition” to the consumer segment around the middle of the year.