Speaking at the 5G World event in London Andrea Dona, Chief Network Officer of Vodafone UK, stressed the importance of a holistic approach to 5G.

Dona was preceded by Antonietta Mastroianni, CDIO of Belgian operator Proximus, whose chat with Omdia Analyst Dario Talmesio themed ‘finding purpose in a 5G world’. 5G wasn’t really mentioned much, with most of the chat focusing on ESG and contemporary corporate image management. We asked whether it really matters, commercially, and were reassured that both customers and investors increasingly insist on this kind of virtuous box-ticking.

So when Dona came to the stage an announced he wanted to chat about “innovation at the intersection” we feared he was going to somehow find a way to shoe-horn intersectionality into the business of 5G networks. It was with considerable relief, therefore, that we soon learned what he had in mind was the intersection of 5G, IoT and cloud in making the most out of the current generation of mobile technology. 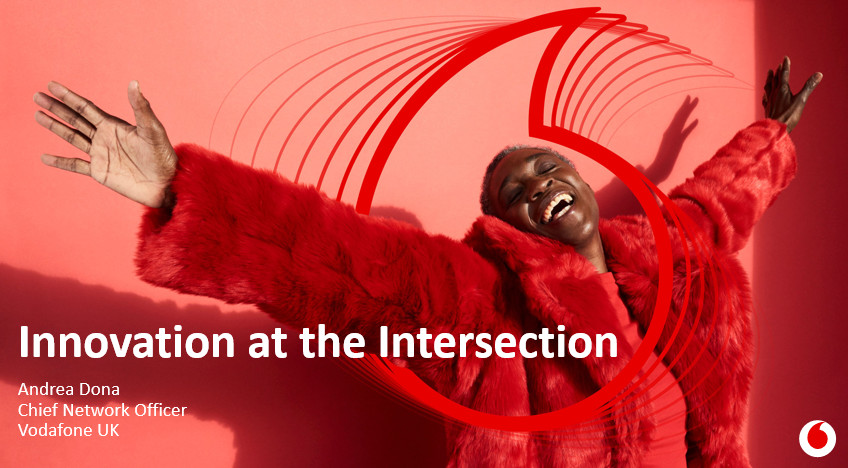 To help achieve this aim Vodafone UK is attempting to reposition itself as a ‘techco’, as opposed to a telco. This is in reference to the fact that 5G is as much about things like virtualization, the cloud and trying to be more like agile internet companies than fusty old utilities. “Our purpose is to fuel innovation at the intersection,” said Dona.

In practice that means explaining the point of 5G, something the industry has yet to do a great job of, to be honest. Ultimately it’s mainly a B2B proposition at this stage and may never be more than that. As we’ve been hearing about for a while, the low (sub 10ms) latency that is enabled by 5G and mobile edge computing opens up all kinds of exciting new use-cases. The thing is, we’re still not seeing that many of them in the wild.

“Have we really explained the benefit of IoT?” asked Dona, strongly implying he thinks there’s still work to be done on that front. Vodafone is still heavily invested in the NB-IoT standard but the lack of recent noise on that topic implies a degree of lost momentum. Part of Voda’s bid to restore it involves positioning itself as a ‘network-as-a-platform’ that business customers can use as they see fit.

“We have to move away from being solely network engineers to network engineers that can also develop software,” concluded Dona, indicating the transition to techco is still a work in progress. The diagram below feels like an evolution of the 5G triangle that’s been around for years. We’re sure Dona is right that the future of 5G lies in its intersection with the rest of the technology world, but it still looks like it will be a long slog before we reach that promised land. 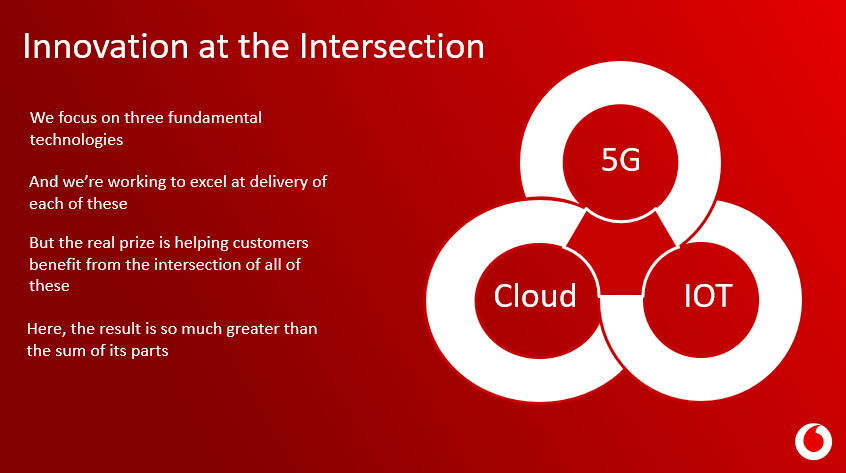